" Answering an advert, he then joined his first original band, Red Zoo, who signed to Polydor "

Nick was given an acoustic guitar for his 10th birthday. By 16, he had picked up a Commodore  electric, played through a WEM Dominator mk 3 (much to his brother’s chagrin – they shared a bedroom). He rapidly broke the tremolo arm, attempting to emulate the abuse that Ritchie Blackmore and Tony McPhee gave theirs and so made a heavy duty arm in metalwork class at school.

His first band, at age 17, was “Scarab”, who played a variety of Bowie covers. His next, the SA Band were much more classic rock oriented. By this time, Nick had progressed to an Antoria Strat copy (with a custom made “ratocatcher” headstock logo) through a fuzz face into a Marshall 50 head.

They gigged around Sheffield to no great acclaim and managed a feature ni the local paper. 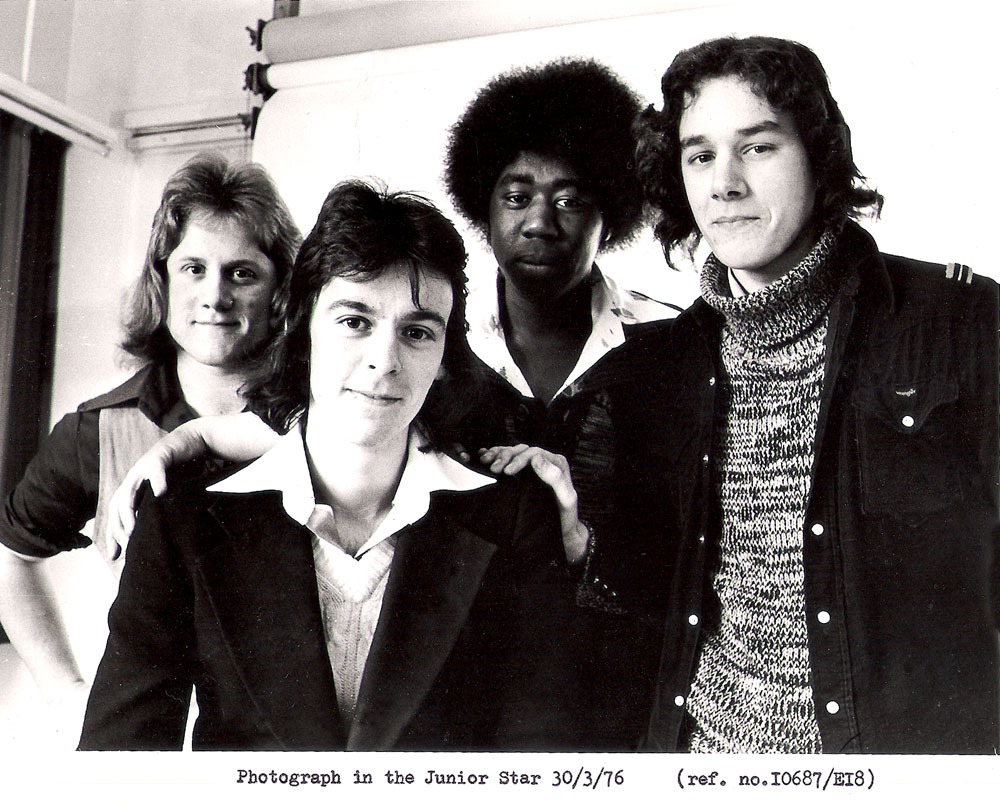 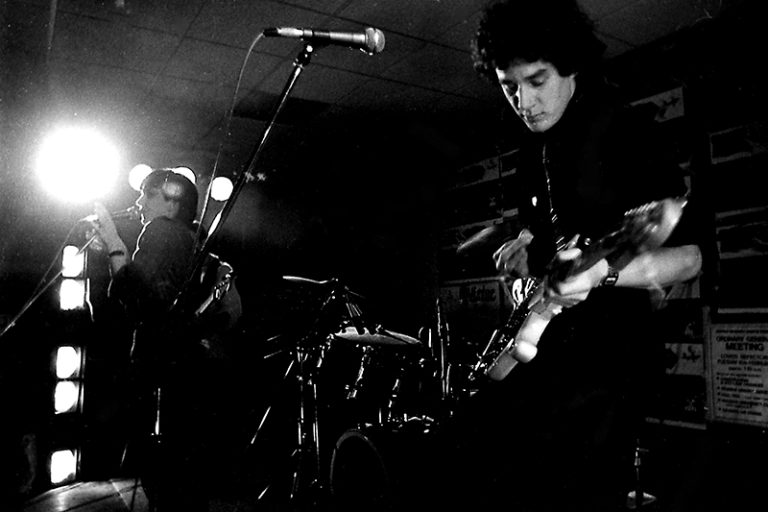 Answering an advert, he then joined his first “originals” band, Red Zoo, who rose from the ashes of Veiled Threat, a promising band from Worksop.  With the support of Kevin Bacon (Comsat Angels) they secured a deal with Polydor and changed their name to Typhoon Saturday. This band released 3 singles to a vastly indifferent world and eventually fell into the trap of chasing fame rather than making the music they really wanted.

Next came indie iconoclasts Dig Vis Drill (Hendrix with a drum machine!) and local legends They Must Be Russians. After these bands imploded, he began to move away from more conventional guitar influences and to develop his own voice.

Armed with a modified Powertran Delay unit (modified to extend the delay time and add a “freeze” option) solo gigs were played anywhere and everywhere and a variety of tracks filtered 0ut on compilation albums. A band led by jazz legend Neil Ardley was shot-lived, due to Neil’s tragic death.

A solo album (“One”) and a collaboration with Sonar guitarist Bernhard Wagner (“No Worn Bearings”) followed (both available on bandcamp) along with contributions to the “Awakenings” series and the Chain Tape Collective.

Fast forward to more recent times, Nick joined forces with Martin Archer and Steve Dinsdale to form Das Rad who have released 3 albums to great critical acclaim – “a pure heavenly euphoria, to put simply, astounding. Progressive music in the truest sense of the term, transcending the oft-clichéd sobriquet ‘prog’. They walk in the footsteps of the rock/jazz/fusion gods of the 70s but make their imprints deeper, more unshapely, and longer-lasting. Ears be blown here, folks. Godlike.”

Archer’ Discus Music offered the opportunity to release a solo album (guitar only!) which has attracted some impressive support from members of Genesis, King Crimson and several others. 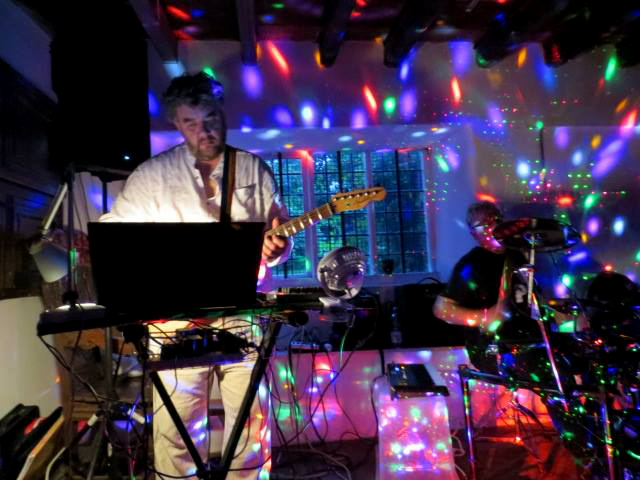